Did you miss our virtual 3Dexpo a few months ago? No worries! Now we’ve made the second session available for free (we’ve previously released the first session publicly). In this second webinar, you’ll learn how to use the new Cloth Dynamics feature in ZBrush 2021. And more webinars from 3Dexpo will be published soon.

In this webinar, Glen Southern – a very talented sculptor – talks about the new Cloth Dynamics feature in ZBrush 2021. In addition to that, he also gives us some recommendations regarding hardware and software for anyone who wants to try digital sculpting themselves or improve their sculpting skills. Is ZBrush always his number one choice? And is a Wacom tablet necessary when sculpting in 3D?

Glen Southern is a digital sculptor at the Southern GFX design studio in Cheshire. They provide 3D modeling and motion graphics for Film, TV & Broadcast. This includes 3D Creatures, Characters, and Environments as well as 2D and 3D Animated Elements and VFX. Clients include Oculus Medium, Man V Machine, and Passion Pictures.

When we got in contact with Glen to organize this webinar, he immediately suggested that he could cover the new Cloth Dynamics feature that was recently added to the 3D sculpting software ZBrush. His passion for sculpting in 3D and specifically for this new feature in ZBrush is very evident throughout the webinar. And his passion for the topic is contagious and truly inspiring.

It’s great showing it, but it’s also really, really fun to do. So if anyone hasn’t yet had the opportunity to try this, then go on and get it. And if you don’t have ZBrush, then it’s worth getting the demo, just to even have a look at this one tool.

When we have the pleasure to learn from talents like this, it’s always interesting to find out what inspires them. During the webinar, Glen lets us know who has inspired him.

Something that Bernini as a sculptor was amazing at, was making cloth look like it was transparent when it was solid marble. […]

If you want to be a sculptor and you are looking at this as a job, go and look at the works of Bernini and look at how he was doing the pitiful, pitiful thing that we do. He was doing it in marble all that time. He’s one that I would recommend you go and study.

During the webinar, Glen shows us the new Cloth Dynamics feature in ZBrush 2021 in action. He explains how it works and what it can be used for.

Which 3D sculpting software is recommended?

At the end of the session, we got some great and very interesting questions from some of the webinar attendees. One of the attendees asked Glen which 3D sculpting software he would recommend to start out with. Glen, who has used many of the 3D sculpting packages out there, gave us a detailed answer.

If you can’t afford ZBrush, and you want to do some sculpting. You either get Blender and just do the sculpting and learn it. It’s all good learning. Or you’ve got something for free called ZBrushCoreMini*, which gives you an idea about sculpting. Remember that one.

But the thing that matters is, if you want a job, there are many, many, many more jobs with ZBrush than there are in any other sculpting program. You’ve got things like Mudbox, a good program. I used it all the time back in the day, but if you want to do this for a living and you want to be hired for most studios, most game companies, then ZBrush is the thing.

*Free for non-commercial use.

Can you sculpt in 3D with a normal computer mouse?

Bear in mind, I’m not a salesman. I don’t have to sell anything. […] So the thing with a mouse is that it is a digital device, but essentially it’s analog. It’s either on or off. So if you’re using that to sculpt, you’re either getting something or you’re not.

He continues to explain and tells us that even if you get the most basic and cheapest tablet out there, it would still be much better than trying to sculpt with a mouse. Because even with a cheap tablet, you might at least have around 2.000 levels of pressure sensitivity. Compare that to a mouse, which would be like sculpting with your thumb.

Check out the webinar to find out more about Glen, what he does, and learn about the new Cloth Dynamics feature in ZBrush 2021.

3Dexpo is a recurring Scandinavian event where 3D professionals gain valuable insights from expert speakers. The event is organized by us at Creative Tools – a reseller of market-leading brands of 3D software and 3D hardware. Our last 3Dexpo was held in October 2020. It was a virtual three-day event including six webinar sessions by professionals in the 3D industry. In this blog post, we’re giving you the possibility to watch this session for free.

When is the next 3Dexpo event?

At this point, we haven’t announced the date of our next 3Dexpo event yet. However, you can subscribe to our 3Dexpo newsletter today to make sure you don’t miss the announcement when it’s available. 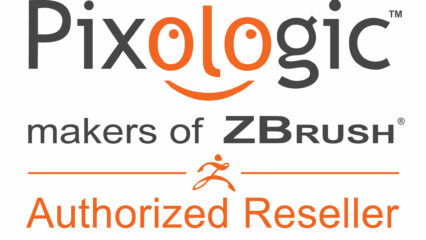 Creative Tools is an authorized Pixologic reseller. Visit our online store and get your license to ZBrush or any other software by Pixologic today.

Creative Tools is Wacom reseller. Get your Wacom tablet in ouronline store.